The Lie Of The Land
• Evidence of PoWs in Pakistan has been surfacing now and then, in the form of stray letters, testimonies of spies, discovery of urns of ’71 PoW ashes and now the discovery of a PoW inmate in Oman
• India’s time and again presented Pakistan with a list of 54 PoWs
• But it has consistently denied the presence of any PoWs
• During the Agra summit in 2001, President Musharraf denied any PoWs, but Kargil PoWs were in their custody, and released in 2004.
*** 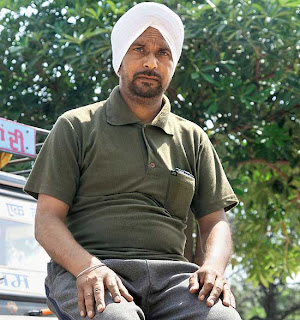 Truth finds ingenious ways to manifest itself. And time, it has often been seen, is of no consequence in its pursuit. For long, 41 years to be precise, Pakistan has been denying it has any prisoners of war (PoWs) in its custody. Now, for the first time, there’s evidence to suggest that when Pakistani leaders say “No PoWs in our jails”, they are speaking only half the truth. What they don’t tell you is that many who were taken prisoner in the 1971 war could have been shifted to remote areas in friendly countries to escape detection. Following a most fortuitous series of circumstances, evidence of the presence of one such soldier—Sepoy Jaspal Singh of 15 Punjab Regiment and a PoW of the ’71 war—has come from Masirah island, 15 kilometres off the coast of Oman, which houses a military base.
The news of Jaspal Singh’s incarceration in what is called Purana Jail in Masirah was brought by Sukhdev Singh, a poor carpenter from Dugri village of Ropar district in Punjab. Sukhdev had gone to Oman in 2010 for work, as part of which he was sent to Masirah for some repair work at Purana Jail. Jaspal Singh, now around 70 years of age, approached him on seeing a turbaned Sikh. “He asked me which village I was from. When I told him, Dugri, he said it was his in-laws’ village,” Sukhdev told Outlook. “He would be serving tea and doing odd jobs for officials there. Though he looked like a Muslim with a skullcap and long beard, he spoke to me in Punjabi and told me the names of several people from my village. Over the next few days, very slowly, meeting me for not more than five minutes at a time to escape notice from his minders, Jaspal told me about the December 3 operation near Hussainiwala in which he was captured, his regiment’s name and details about his family.” He also told Sukhdev that four more soldiers had been captured along with him in the course of the operation, when a bridge near Ferozepur collapsed, leaving two companies of his battalion stranded on the other side of the river. All five PoWs were kept in Pakistan jails for five or six years and three shifted subsequently to Masirah jail. Jaspal does not know the whereabouts of the others.

Hope Lives Jaspal Singh’s wife Baljit Kaur, living a widow’s life all these years. (Photograph by Ekta Sharma)
When he returned in July this year, Sukhdev immediately contacted Jaspal’s family, comprising his wife Baljit Kaur (who has been living a widow’s life all these years) and two sons. After several futile visits to the district sainik board office, the family got in touch with Lt Col S.S. Sohi (retd), who runs an NGO for ex-servicemen in Mohali. Sohi first contacted 15 Punjab regiment as well as the battalion’s commanding officer during the war, Lt Col A.S. Cheema (retd). Cheema confirmed the enemy attack on the evening of December 3, 1971, wherein they suffered the loss of three officers and many others. Jaspal had been reported missing and presumed dead since then. Sohi then informed CoAS Gen Bikram Singh, and although the latter has not responded so far, the matter was brought to the notice of the Indian embassy in Oman through some retired officers working for the repatriation of Indian PoWs. Capt Arjun Nair, the Indian defence attache in Muscat, has affirmed that the embassy has issued a note verbale to the Omani government requesting details of personnel incarcerated in Masirah island, and consular access. The ambassador has also informed the Omani foreign minister and sought assistance in locating the missing persons.
“Though he looked a Muslim with skullcap and beard, he spoke to me in Punjabi and knew people from my village.” 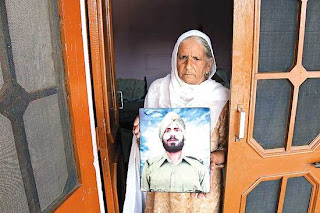 Evidence about the presence of Indian PoWs in Pakistan has been surfacing off and on, either in the form of an odd letter smuggled out of prison, debriefing of intelligence agents returning after serving sentences in Pakistan jails, and in 2005, when a human rights activist reported seeing 30 urns of ashes of 1971 PoWs lying in the Kot Lakhpat jail of Lahore. Based on these fragments, the government had compiled a list of 54 PoWs which it repeatedly presents to Pakistan but whose government steadfastly refuses to acknowledge PoW presence. As G.S. Gill, brother of Wg Cdr H.S. Gill whose plane was shot down over Badin in Dec ’71, says, “It is up to our government to do something more than accept their word.” Many of the PoWs would have died, which is why many in the government, and sadly in the defence establishment too, see it as a fruitless exercise, not worth pursuing actively any more. What hasn’t died, however, is hope in the hearts of the PoW’s next-of-kin, who haven’t given up on some definitive information on their loved ones. Sukhdev’s story has reignited this hope.
It shows up in the words of Simi Waraich, daughter of Maj S.P.S. Waraich, also from 15 Punjab, who went missing in the same Hussainiwala attack and whose name is on the government list of 54 PoWs, “This is the first-ever solid evidence we have after so many years, and its significance has still to hit government functionaries. If the government acts decisively, it can nail Pakistan’s lie once and for all, because now we have definitive proof that our PoWs had been shifted elsewhere.”
Simi and a handful of people from the Missing Defence Personnel Relatives Association (MDPRA) have met every single spy returning from Pakistani jails, and had in 2007 (see Outlook story), on the invitation of President Pervez Musharraf, visited several Pakistani jails to search for their kin. “Pakistan’s lies have been proved time and again,” says Simi. “During the 2001 Agra summit, President Musharraf said they did not have any Indian PoWs, but events proved that Sepoys Jagseer Singh and Mohammed Arif, captured in the Kargil war, were in their jails; they were released in 2004. Why should we then believe their bland negation? It is also sad that while our government is facilitating the US army to trace remains of their ww-ii casualties, and Bangladesh to retrieve DNA samples of their ’71 war dead, it does little to follow up leads like this which can help us find our still alive PoWs.”
In fact, on the insistence of the MDPRA, the government formed a tri-service committee for missing defence personnel headed by a vice-admiral a little over a year ago. However, as Simi points out, “It has almost no teeth, hardly ever meets and has not been provided the means to investigate leads like this one. It has not made any effort to get in touch with the next-of-kin like us, who have collected evidence over the years. Even now, it is we who have on our own informed them about Sepoy Jaspal Singh. They do not even have the report compiled by us after our 2007 visit to Pakistan.”
Sukhdev, meanwhile, goes about earning his living, oblivious to the import of his testimony. Jas Uppal, a US-based human rights lawyer, who has taken up the case of Sarabjit Singh, the Indian spy on death row in Pakistan, and shot off letters to the United Nations, Amnesty International and Human Rights Watch about the existence of Jaspal, said of Sukhdev, “He is an international witness, whose safety is the duty of the Indian government. He has brought evidence of a war crime and needs to be protected.” Is anyone listening?